Few dentists would recommend fizzy drinks, but some statistics released this week reveal the problem is bigger than we realise.

This week two things have happened: some worrying new statistics have been released, and a new advertising campaign has been launched, and the two are not just linked, they’re also linked to the world of dentistry.

One of the jobs of any good dentist or dental hygienist is to help educate people about good oral hygiene. Inevitably this will include advice about brushing, flossing and the right choice of toothpaste and mouthwash, especially when helping children and younger people.

But often we’ll also mention diet. These days I think it is too easy for patients to focus on the brushing, flossing and mouthwash, but ignore the diet, yet the diet can have every bit as much impact on oral hygiene as brushing. In fact since many people will go for many hours after eating or drinking before brushing their teeth, much of the damage is already done before they even start to think about the health of their teeth.

On top of which there is a danger that all of the advertising for veneers, teeth whitening and other cosmetic treatments is encouraging people to feel that surface problems can easily be covered up, ignoring the fact that those surface problems may be the first step towards gum disease and tooth loss.

The Link Between Fizzy Drinks And Depression

Fizzy drinks are certainly one of the banes of oral healthcare, and whilst we wouldn’t necessarily advocate scrapping them or banning them, we almost certainly do offer advice to patients who may need to cut down on their sugary drink intake.

But new statistics out this week reveal that it’s not just the state of their teeth that might be at risk from drinking fizzy drinks. Because it seems that there is a substantially higher probability that anyone who drinks four cans of fizzy drinks a day will go on to suffer from serious depression.

So when offering advice to patients about diet and dental hygiene we might want to consider offering them this information, since it’s just another reason to cut back or cut out.

There is one point though that you may have a view on. Apparently the same study found that whereas fizzy drinks increase the risk of depression, coffee actually reduces the chance of depression occurring by around 10%.

At least teeth whitening is available for those happy but rather brown smiles! 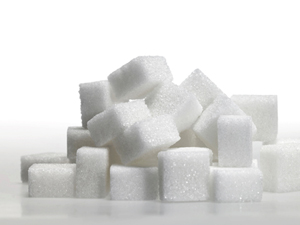 Also this week a new marketing campaign has been launched to help highlight the very serious issue of diet and healthcare, from dental care to weight. This is in response to the fact that another survey has revealed 50% of people are unaware that every can of cola contains the equivalent of 17 sugar lumps. That’s a lot of sugar, and combined with the acids in fizzy drinks is a recipe for disaster in terms of plaque build up and damage to the surface enamel of teeth.

The enamel on the outside of human teeth is one of the hardest materials there is, yet a few sugary drinks is enough to damage it permanently, and this is a message which will be included in the new marketing campaign which is now being shown on prime time television.

The same campaign mentions that a single large pizza contains the equivalent of an entire wine glass full of fat. What a lovely image.

This last point surprised me, not because it is hard hitting, but because of the fact that it’s advocating against cheese.

Why does this surprise me so much? Because the campaign is being run by Aardman, the creators of the cheese loving characters Wallace and Gromit!

One Response to “Fresh Warning And Advice Given Over Fizzy Drinks”