Osteoporosis is a condition which affects over three million people in the UK, and can result in a great deal of pain and inevitably reduces a person’s ability to do the things they once took for granted.

But a new software product being pioneered in dental surgeries looks set to change the way in which osteoporosis is diagnosed. 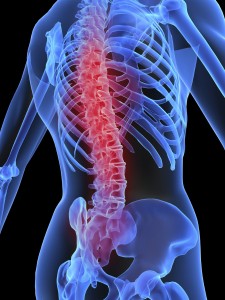 Osteoporosis is a bone wasting disease which involves the gradual and continual breakdown of the interior of the bone, resulting in a significant loss of density. That loss of density can result in bones becoming very fragile and brittle, and far more likely to fracture or break. Not only that but it can also significantly slow down the repair time following a fracture.

Osteoporosis can affect all bones in the body, including the spine, and one feature many sufferers experience eventually is the breakdown in the bone tissue surrounding the spinal cord, which can result in crippling pain and almost constant discomfort.

The Problem With Diagnosing Osteoporosis

The main problem though with the condition is that it is almost never diagnosed until after it is too late. Unless patients are routinely x-rayed, which would be prohibitively expensive, time consuming and ill advised in terms of people’s long term exposure to x-rays, the only way in which a diagnosis of osteoporosis is made is following a broken or fractured bone.

If the medical professional believes that the fracture may be the result of osteoporosis then further examination, including an x-ray, is carried out. But by this time the bones already will have deteriorated, and there is relatively little that can be done.#

What has been missing until now is a way of being more proactive in identifying the very earliest signs of bone deterioration, giving doctors the chance to take action early on in order to help delay or control the deterioration of bone, helping to reduce the severity of the condition and provide the patient with as much comfort and protection as possible.

Dentists at Manchester University have been working on a new software product called Osteodent which has been designed to provide exactly this early warning, by tapping in to the wealth of information built up by dentists when examining their patients.

Dentists routinely carry out x-rays of the teeth and jaw prior to any treatments being carried out, and according to the finds from the studies carried out it would appear that the information gathered in this way relating to the jaw area can be used to identify changes in the bone tissue which could provide an early warning of osteoporosis.

The new software, Osteodent, takes the x-rays carried out by dentists on a regular basis and analyses the bone structure of the jaw. In this way it is able to flag up potential problems which could reveal the early stages of osteoporosis, giving doctors the opportunity to take further action straight away to halt, or at least delay, the onset of the serious symptoms.

It has long been realised that dentists are uniquely placed to be the front line in identifying a range of illnesses and medical conditions which are not obvious in other ways, and which if identified early can offer the medical profession the chance to step in early on, taking steps to prevent or limit the severity of the condition before it is too late.

This new software from Manchester University certainly looks exciting, and we would not be surprised to see this being rolled out nationwide in the not too distant future. It’s just another reason why we need to urge patients to make sure they maintain regular checkups, not just for the health of their teeth and gums.