So how seriously should we take the news story published this week that those of us involved in dentistry are likely to be out of a job within about 18 months?

If you haven’t already heard of this news, then let us first of all suggest that we’re not especially worried, but it certainly is an interesting development. Let us explain a bit more. 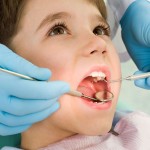 We all know just how serious the problem of decayed teeth is in the UK. Despite the fact that tooth decay is one of the most preventable health conditions there is, a staggering proportion of adults in the UK suffer from it.

In fact recent statistics show that 55% of adults in the UK have at least one seriously decayed tooth.

Perhaps even more worrying than this is the fact that the problem of tooth decay is not limited only to adults.

Recent statistics estimate that somewhere between 52% and 77% of children aged between 8 and 15 have serious tooth decay evident in their adult teeth.

The Main Reasons For Tooth Decay

One of the main reasons for this increase in tooth decay is of course our diet.

Because so much of the food we eat is very sugary or starchy, this provides exactly the nutrients and energy needed by the bacteria in plaque, helping them to produce the acid which eventually goes on to break down the surface of the teeth.

Of course one of the more recent ways in which this problem has been tackled is the adding of fluoride to drinking water.

This is a practice which has long been recommended, although has not been without controversy, with many people concerned that adding fluoride to drinking water removes the option for people to make their own choice. With some people potentially reacting badly to fluoridated water, and with the risk in some cases of over fluoridation of water, it is still an issue which regularly gets discussed.

A Remarkable Claim For The World Of Dentistry

But it seems that the culmination of several years of research at the University of Chile has resulted in the development of a chemical which could potentially make human teeth cavity proof.

This is a remarkable claim, and it is this claim – that a simple chemical which could easily be added to almost any dental care product, such as toothpaste or mouthwash – which is being used by many people to suggest that this could do away with dentists!

Of course, there is a good deal more to dentistry than simply dealing with tooth decay and cavities, and whilst the research is based on a seven-year study, there is still a long way to go.

The chemical, which has been called Keep 32, has been claimed to wipe out all of the bacteria responsible for causing cavities in just 60 seconds. It should be noted that Keep 32 specifically targets the streptococcus mutans bacteria, which is the one primarily responsible for turning the sugar in your mouth into the acid which then goes on to erode the enamel of the tooth.

In other words, it is not a single solution to target all bacteria or all tooth related problems. But as part of a dental hygiene regime, it certainly does sound exciting.

It’s something we will certainly be keeping an eye on, but meanwhile we won’t be worrying too much about the collapse of dental recruitment in the UK!